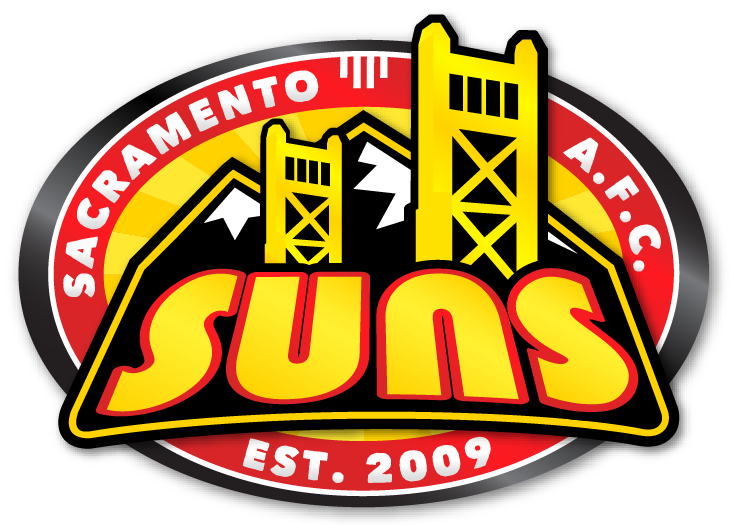 May 18, 2019- Our own Sacramento Lady Sun and SAFC President, Makenzie Carr (Seckora) recently traveled to Bogota, Colombia to participate in the first International Women’s Australian Football match with South America!

The Bogota Bulldogs are a newly developed women’s team and has already gained significant traction with 22 female players. The Bogota women’s team was developed this year alongside the Bogota men’s team, which was founded two years ago.

Six women from the United States and one woman from Germany, made the trip to participate in this momentous opportunity; Makenzie Carr (Seckora) of the Sacramento Suns, Rae Hale & Kate Mullin of the Minnesota Freeze, Olivia Vongharath of the Minnesota Blue Ox, Zoe Tran of the Denver Bulldogs, Klara Hartl of the Hamburg Dockers and Laurie Rupe, USAFL Umpire.

The Australian Ambassador welcomed the visitors from the US and hosted a press conference in her residence. Both Makenzie & Laurie were asked to participate in this Q&A session with the Ambassador and other government officials. Hot topics included social and business discrimination based on gender, women’s growth in sports, and successful techniques for recruitment.

What an amazing opportunity and great recognition for our club. Good on ya Makenzie for participating!

Congratulations to our 2019 Coaching Staff

The Sacramento Australian Football Club is excited to announce our 2019 coaching staff.

Congratulations to the 2019 Sacramento Suns Coach, Matt O’Leary. Matt has been with the Sacramento Suns since 2010. He has donned the Suns jumper for 56 games and has played in a Suns jumper at every USAFL Nations the Suns have attended. He has never wavered from the back six, except for one time in 2015 when he scored his one career goal!

Matt was a member of the Board of Directors in 2012 as the Director of Operations and a member of the Youth Footy Committee since 2017. He has also been umpiring at the National Level since 2015.

In his 10th year of playing footy, Matt has taken another step with the Sacramento Suns as men’s coach for the 2019 season!

Congratulations to the 2019 Sacramento Lady Suns Coach, Liz Danielson. Liz has been with the Sacramento Lady Suns for five seasons. She was quickly recognized as having one of the biggest kicks on our team and dominates the midfield and forward lines. Liz received the Golden Boot Award in 2017 & 2018 for most goals scored in the season; not only does she have distance, she has accuracy! Liz was selected to the USA Freedom and competed at the 2017 International Cup in Australia.

Liz has been a member of the SAFC Board of Directors for the past three years. In addition to her board appointment, she has taken on the responsibility of designing new club merchandise and has designed the USAFL Regional Logos for 2018 & 19!

Her leadership is apparent on and off the field, she has a great sense of humor and is able to relate to all players. Liz has been selected as the 2019 Lady Suns Coach.

“I am excited to bring passion and structure to the Sacramento Lady Suns this year. We obviously have a lot of good talent on our team from our high standings at last years National Tournament. Our goal this season is to continue to develop our existing payers while encouraging our newer players to strive for excellence.”

Luke Wilson: As a Canberra native, Luke didn’t grow up playing Aussie Rules, but is quickly finding his feet over here in Sacramento. This is Luke’s second year with the club, and will be his first season playing for the Sacramento Suns in the USAFL. “As team manager, I’m hoping to help out logistically wherever I can, as well as keeping an eye out for opportunities to modernize club workflows so we can do less paperwork and spend more time kicking a footy round”. Congratulations Luke.

Helen Mondia-Harvey: Has been around footy since the early 2000s, playing with the first U.S. women’s club, the Orange County Bombshells. She started her footy career late in life and at 45, was likely the oldest candidate selected to the USA Liberty to participate in the 2014 International Cup. She co-founded the Sacramento Australian Football Club ten years ago and has helped moved the club forward as part of the Board of Directors in years past. Last year, she was Assistant Coach to the Lady Suns, and helped them achieve their first ever National Championship. Today, as a member of several club subcommittees, she continues to take Sacramento’s Aussie Rules to the next level. Congratulations Helen.